Let’s try for a short one!

The word came to Jeremiah from the LORD after King Zedekiah had made a covenant with all the people in Jerusalem to proclaim freedom for the slaves. (Jer 34:8 NIV)

It’s a little bit of a challenge establishing what such a rare word means; it only turns up once in the entire Torah or Pentateuch:

Consecrate the fiftieth year and proclaim liberty throughout the land to all its inhabitants. It shall be a jubilee for you; each of you is to return to your family property and to your own clan. (Lev 25:10 NIV)

But there is, I have it on good authority, a cognate Akkadian word, durruru, and evidence of a practice described using this term, whereby an ancient Near Eastern king might, especially upon first coming to the throne, declare a kind of general amnesty or liberation of slaves as an opening goodwill gesture.  So you know I’m not making this up, check out Nahum M. Sarna,  “Zedekiah’s emancipation of slaves and the sabbatical year,” in Orient and Occident: Essays Presented to Cyrus H. Gordon on the Occasion of his Sixty-Fifth Birthday (ed. Harry A. Hoffner; Alter Orient und Altes Testament 22; NeuKirchen-Vluyn: NeuKirchener, 1973), 143-149 @147, as one example.

Out of two more occurrences in the OT, one is the important-sounding eschatological (focused on the final kingdom) passage in Isaiah:

The Spirit of the Sovereign LORD is on me, because the LORD has anointed me to proclaim good news to the poor. He has sent me to bind up the brokenhearted, to proclaim freedom for the captives and release from darkness for the prisoners,
2 to proclaim the year of the LORD’s favor and the day of vengeance of our God, to comfort all who mourn,
3 and provide for those who grieve in Zion– to bestow on them a crown of beauty instead of ashes, the oil of joy instead of mourning, and a garment of praise instead of a spirit of despair. They will be called oaks of righteousness, a planting of the LORD for the display of his splendor.
4 They will rebuild the ancient ruins and restore the places long devastated; they will renew the ruined cities that have been devastated for generations. (Isa 61:1-4 NIV)

In context, it sounds as though liberation from bondage in Babylon might be offered here to Jewish captives of the exile (586-538).  It already strikes the reader as an arresting and profound passage, something momentous, a huge claim.  But that sense is only heightened when we see the way this text is quoted in the Gospels:

18 “The Spirit of the Lord is on me, because he has anointed me to proclaim good news to the poor. He has sent me to proclaim freedom for the prisoners and recovery of sight for the blind, to set the oppressed free,
19 to proclaim the year of the Lord’s favor.”
20 Then he rolled up the scroll, gave it back to the attendant and sat down. The eyes of everyone in the synagogue were fastened on him.
21 He began by saying to them, “Today this scripture is fulfilled in your hearing.”
(Luk 4:18-21 NIV)

I love the dramatic pause at the end of v. 20.  It’s pin-dropping time!  What’s he going to say? The passage is already dynamite in a social environment where messianism is in the air, and impatience with Roman rule. The day of liberation! The jubilee year spoken of in Leviticus, but the one that God gives direct! What’s he going to say?

“This is that day.” Heavy! This is the first act of Jesus’ ministry described in detail in Luke. In Luke’s presentation, this is Jesus’ way of officially inaugurating his ministry. And what does he say? I’m here as the designated spokesman for the heavenly King, who is declaring an amnesty, release for those enslaved.

It was so radical, it could only polarize the crowd, and Jesus is immediately in trouble, the centre of controversy. Because if it’s true, it’s wonderful on a mythical scale, but if it’s false, it is heretically, blasphemously, and for a people already oppressed, painfully false, like prosperity gospel preached to poor South Africans, or a cargo cult expecting gifts from the sky.

That’s for you to decide, but when you check out the background of derôr in Isa. 61:1, and discover that it can be the opening act of a new regime, you can appreciate that Jesus opens his ministry with a biblical bombshell in a munitions factory.

My kids have just come home from school with the fact that the world’s best-selling book is the Bible and not any part of the Harry Potter series, or even Lord of the Rings.

It isn’t surprising when we look closely at the Old Testament/Hebrew Bible (to say nothing of the all-important Final Quarter).  I’m constantly amazed at the artistry and profundity of both poetic and narrative texts of the OT.  And some of it escapes us until we read the Hebrew.

Having reached the end of 2 Kings 20 this morning, let me mention a couple of great little nuggets from 2 Kings 18-20, those riveting and sometimes perplexing stories about Hezekiah.  (Pretty well all of these things will apply also to Isaiah 36-39, but I am not taking the time to check each detail there right now.)

“When Sennacherib marched west to put down the rebellion in 701 BC, he invaded and ravaged Judah fiercely and then besieged Jerusalem itself.  Panic once again in Jerusalem.  This time Isaiah’s counsel prevailed, Hezekiah sought the Lord, and the city was spared with a miraculous deliverance (though Hezekiah did in fact submit to heavy tribute).”

That is a clear tension in the story, and the submission is narrated first, before the story of miraculous deliverance!  There’s no concealment or gilding the lily at this point.  But even the silence about conquest evident in the Sennacherib Prism might suggest that the failure to actually take Jerusalem is the elephant in Sennacherib’s room: “(Hezekiah) himself, like a caged bird I shut up in Jerusalem, his royal city.”

6 Isaiah said to them, “Tell your master, ‘This is what the LORD says: Do not be afraid of what you have heard– those words with which the underlings of the king of Assyria have blasphemed me.
7 Listen! When he hears a certain report, I will make him want to return to his own country, and there I will have him cut down with the sword. ‘” (2Ki 19:6-7 NIV)

The word rendered ‘underlings’ is one Hebrew word for children or teenagers, and can by derivation mean ‘servants..  It’s effectively labeling Sennacherib’s highest officials as his ‘boys’, trivial figures who just say and do what they’re told.  It’s a Churchillian one-word put-down.

By the way, Isaiah’s first message, as brief as it is, is links to the final judgment on Sennacherib, his eventual assassination (2 Kings 19:37).  Enclosed within this prophecy and fulfilment is another, the larger oracle/s of Isaiah (19:21-34) and their fulfilment in the plague that drives the Assyrians from the walls of Jerusalem (19:35-36).

Here are some of the things that feature twice in the narrative in 2 Kings 18-20; see if you can locate the two aspects of each feature: 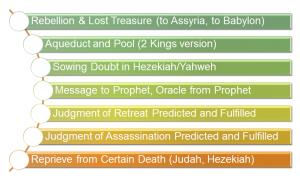 Here are some digital tools I think I could use and would like to try out:

Not many of you out there reading these things, but I’m always eager to hear feedback on things you’ve tried and love or loathe, or clarification of which tool is intended for what purpose.  So comments are most welcome!  Meanwhile, here are interesting digital resources I’ve found and grouped into Pinterest boards:

Next post, God willing (or ‘inshallah’, as a colleague who was a returned missionary from the Islamic world used to say), a post on the Old Testament – I’ve found something interesting in 2 Kings!

This list is a little harder to whittle down; I’ve dabbled with more than ten!  I’ll try to eliminate the most obvious ones…like FaceBook, which I finally admitted defeat and began to use some time in the last year.  I’m not much for small talk, and that’s what FB seems to be about, so I held out for a while like a good Gen-Xer, though that’s now the prime user group, it seems.

Anyway, leaving that option out, and assuming that it’s obvious that I’m dabbling with WordPress, whose results you can see here, here are ten others: 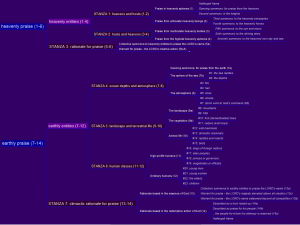 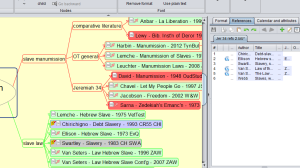 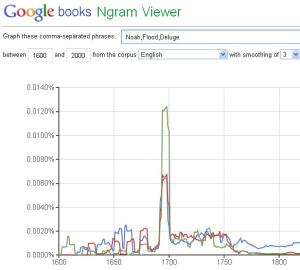 Tune in soon for list #3, the tools I look forward to experimenting with soon.